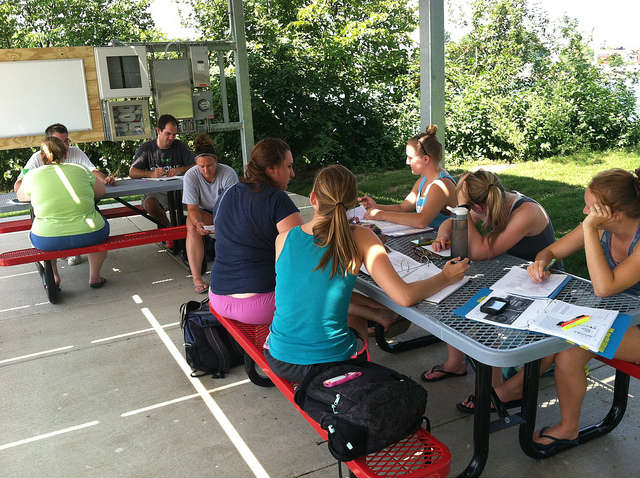 “Unless someone like you cares a whole awful lot, nothing is going to get better. It’s not.” Even though this quote originated from a Dr. Seuss book, I think it accurately describes the spirit of climate activists around the world. I am a senior at Thomas Jefferson High School for Science and Technology in Alexandria, VA, and while I no longer read children’s books, understanding the enormity of climate change is child’s play.

The science is clear. Climate change is the greatest threat to society and it’s effect on the future worries me. The relationship between carbon emissions and consequences such as rising temperatures, adverse health effects, and extreme weather is not simply one of correlation. It is one of cause and effect – more carbon expelled from power plants results in more heat waves, super storms like Hurricane Sandy, and respiratory diseases like asthma caused by toxic chemicals in the atmosphere.

The EPA currently has strict limits in place to regulate mercury, arsenic, and lead, while carbon emissions are released into the atmosphere at an unregulated and alarming rate. If curbing pollutants like arsenic, a known human carcinogen, is warranted, there is no excuse for our avoidance of placing limits on carbon dioxide, the greenhouse gas most responsible for climate change. Stanford and other academic institutions have long since published studies that link carbon pollution to human mortality. There is no doubt that carbon pollution is a threat to human health and should be strictly limited like other dangerous pollutants.

I am a climate activist. My identity as a climate activist drives me to be a leader, currently serving as the president of the Environmental Impact Club at my school and a youth leader with the Alliance for Climate Education (ACE).

With the help of ACE, I spoke at a public hearing at the EPA Headquarters in Washington DC in November of 2013 to urge EPA officials to propose strict standards to regulate carbon pollution from existing sources and broaden the energy horizon to offshore wind and rooftop solar. My testimony, along with the statements of over 1,600 individuals at public hearings across the nation, translated into a proposed rule that would limit dangerous carbon pollution for the first time, the Clean Power Plan.

President Obama first urged the EPA to propose a strong carbon pollution standard in his June 2013 speech at Georgetown University focused on climate change. The EPA followed suit with a plan that would allow states the flexibility to set state-specific goals for carbon emission reductions that are cost-effective and encourage innovation while still delivering reliable energy to customers. The states set these targets within a consistent national framework and timeline that require states to submit plans by June 30th, 2016. States, with this flexible guide to goal-setting, will contribute to a national reduction of carbon emissions of a projected 30% from 2005 levels by 2030.

On July 29th, I will return to the EPA Headquarters where I testified previously. This time, I will present my views on the proposed Clean Power Plan. At this public hearing, I will not only be sharing my ideas and urging the EPA to follow through on their plan, but will also be voicing the concerns of 1.8 million youth across America who have been educated about climate science and solutions by ACE. Millions of students like me currently go to school in states where teaching climate science is not mandatory in school curriculum. How can we be expected to solve a problem of the magnitude of climate change if we are not provided the opportunity to learn about it?

The Clean Power Plan is a clear step in the right direction, but it is not enough. Now that the EPA is able to regulate carbon pollution under the Clean Air Act, I hope to see increasingly strict limits proposed and enforced in the near term. If you care about future generations and want to be heard by the EPA on the Clean Power Plan proposed rule, please submit a public comment by October 16th, 2014. The climate change battle is important to my generation because we are the ones who will be faced with the results of the decisions made today. I’m doing my part to influence that decision. Will you?

Teja Sathi is a youth leader with the Alliance for Climate Education (ACE) and a senior at Thomas Jefferson High School for Science & Technology in Alexandria, VA. She will be testifying at the upcoming public hearing at EPA Headquarters in Washington D.C. in support of the Clean Power Plan, a landmark proposed rule to regulate carbon pollution from existing sources under the Clean Air Act. This post was supported by the Alliance for Climate Education.

This post was generously sponsored by the Alliance for Climate Education