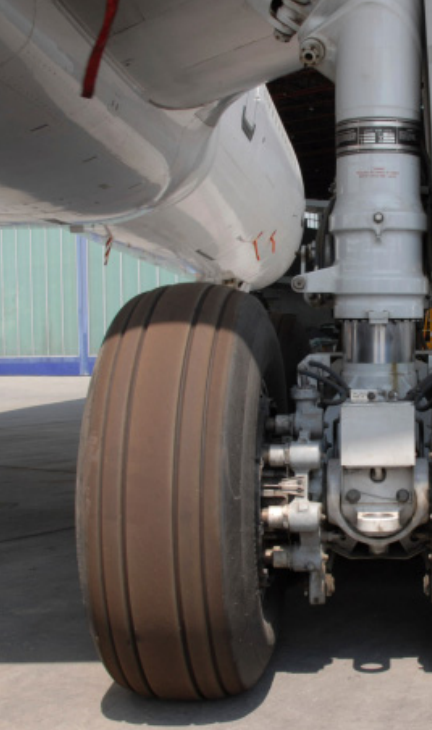 The American Airlines Wheel & Brake Center in Tulsa, Oklahoma processes more than one million tons of rubber annually. Each year, it receives more than 25,000 tires that have reached the end of their useful life. But before they can be ground up for recycling, they have to be washed to remove any grease, hydraulic fluid, of brake dust that has accumulated on them. That creates a problem — what to do with the waste water that is left over?

American Airlines decided to contact Covanta, a global company that works with companies and communities to find sustainable solutions to their waste management challenges. Fortunately for American, Covanta operates a facility in Tulsa and was willing to accept the waste water from the Wheel & Brake Center.

Today, American ships 800 tons of waste water across town to Covanta’s processing plant. Once it arrives, it is processed through Convanta’s Liquid Direct Injection system. That procedure pumps it through atomizing nozzles directly into a high temperature combustion chamber. “The non‐hazardous liquid…..is injected directly into the 2000°F boiler, destroying any contaminants, and, in this case, providing a much needed solution to another business in the city,” says Jennifer Minney, Covanta’s Southwest Region Sales Manager.

The process detroys the contaminants and vaporizes the water, which avoids sending it to landfills where the contaminants could leach out over time into the surrounding ground water. And what does Covanta do with all vaporized water? It sends it via a high pressure pipe across the street to help operate a refinery. The steam from Covanta means the refinery needs to burn less fossil fuel to make steam for its many industrial processes.

“It really is about partnership,” says Teresa Sellers, Senior Environmental Engineer for American Airlines. “Recycling is such an important activity but without a good partner or partners and support from employees even the best efforts won’t be successful.”

“Before we started working with Covanta, we would have treated the dirty water to remove most of the contaminants, stored it, and then solidified and disposed of the water in the landfill,” said Thelma Latimer‐Davis, manager for environmental engineering at American Airlines. “The fact that Covanta was located in Tulsa made this happen,” she says. “By partnering with them for our waste water recycling, we do not incur costs to ship water across state lines — they are less than 10 miles away.”

Thannks to its partnership with Covanta, the American Airlines Wheel & Brake Center has earned the Henry Bellmon Award for “setting the standards for sustainability in Oklahoma.” The award recognizes American for its commitment to environmentally safe waste water disposal.

“Winning the Henry Bellmon Award gives us the opportunity to show others in Tulsa what we’ve been able to do,” said Latimer‐ Davis. “It also demonstrates to the aerospace industry — which there is a lot of here — that zero waste to landfill can be achieved even in places where the main activity is maintenance and not manufacturing.”

“Our work with Covanta is very important to this city,” Latimer‐Davis continued. “We’re helping to establish a ‘green’ community. People are talking about what we’ve accomplished but most importantly the conversation about sustainability is continuing.”

With facilities located around the world, Covanta is working with many diverse industries who need sustainable solutions to the waste products created by the manufacturing process.