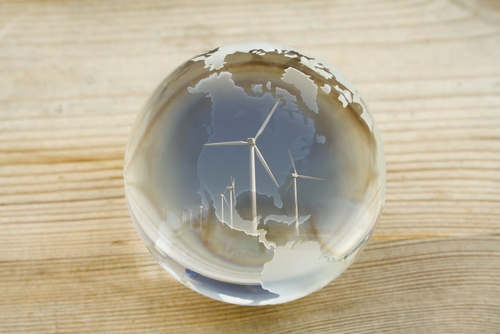 The European Commission has unveiled a plan to cut global warming emissions one-fifth in the next twelve years, and it requires the 27 European Union (EU) countries to have specific emissions targets. If successful, the plan would cut emissions 20 percent by 2020, based on 1990 emission levels.

Some countries are better suited to invest in clean technologies, and the EU goals take that into account. Emissions calculations were based on the amount of renewable energy effort being made in 2005 (the most recent data available) and the wealth of each nation (based on gross domestic product).

Sweden, for example, was asked to get half its energy needs from renewables by 2020. Finland, Austria, Portugal and Denmark are required to use renewable energy for one-third of their needs. Check out the targets for all EU nations here.

Biomass, wind, wave, and solar power will be aimed at the three chief sectors: electricity, heating and cooling, and transport. EU members will have the flexibility to decide how to achieve their goal, but the commission mandates a 10 percent use of biofuels in the transportation sector. Agriculture and forestry are not included in the targets.

Another part of the package is a proposal to tighten up the EU’s cap-and-trade policy, which allows energy intensive industries to buy and sell permits to emit carbon dioxide, a major global warming pollutant. Right now, most of the permits are given away for free by governments. But starting in 2013, these companies will have to buy them at some type of auction.

Some EU nations are not happy with the targets: they argue over the fairness of the plan and worry about the effect it will have on their economies. Claude Turmes, a member of the European Parliament, said in a statement:

It is crucial that this legislation is not undermined by infighting between member states on their national renewables targets. Increasing renewables is not some punitive means of achieving climate goals. It is a key means of reducing our dependence on foreign energy and creating jobs in Europe.

The commission hopes to have its plans approved by member nations and the European Parliament by the end of the year – but they’re also expecting modifications, given the outcry from national governments.