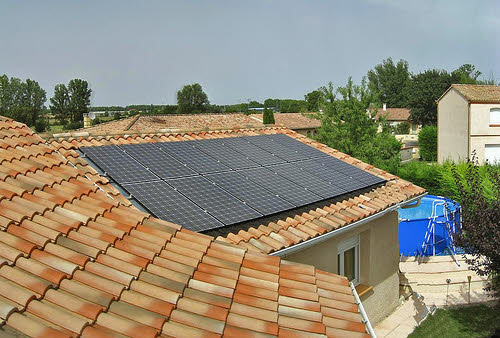 Here’s a question for you: when was the last time you paid cash for a home or new car? If you’re like 99% of us, then the answer is “never.” Some purchases simply require too large of a capital outlay for most people to complete without some sort of financing arrangement.

Banks, credit unions, and other lenders usually fill this role, and in most cases it works out to the benefit of all parties involved. The buyer gets shelter and transportation, the builder gets a sale, and the financier pockets an ROI over time through the interest it charges for the use of its money.

Until recently, few businesses or homeowners were able to enjoy the convenience of financing when it came to solar energy. Their only option was a large initial outlay of capital, which either was beyond their means or meant diverting resources from other areas.

Times are changing, however. Solar financing arrangements are becoming increasingly common across the country. In fact, 14 states, including Maryland, currently allow such agreements, and many others are following suit. The potential benefits are enormous. Soon millions of American homes and businesses may be reaping the rewards of harvesting power from the sun, due to the financing revolution.

Financing a solar installation can take many forms, including:

The biggest roadblocks to expanding these types of arrangements are antiquated laws and financing regulations on the books in many states, which make obtaining financing for solar installations problematic for property owners. However, as more legislatures begin to reform their statutes, this problem will disappear, to the benefits of consumers, businesses, and the environment.

Ryan McNeill is the President of Renewable Energy Corporation, a solar panel installation company based in Maryland. Ryan has collaborated with the American Solar Energy Society, Sustainablog, Energy ViewPoints and other solar industry experts.