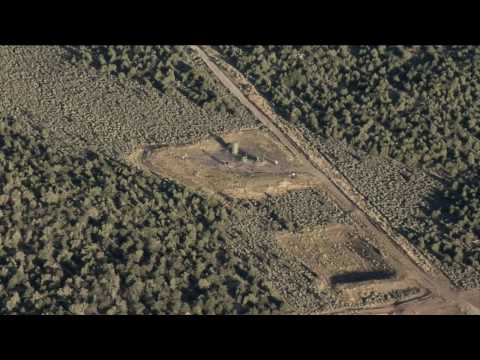 Dang. Ever see water that ignites upon leaving the tap? If not, then you might be interested in seeing Gasland, a recent film by Josh Fox that dives into the corruption of the US natural gas industry. In the film, Josh Fox exposes the impact that modern natural gas extraction, which uses a technology called hydraulic fracturing (or”fracking”), has on communities (especially the safety of their drinking water) and the environment. Some of those impacts apparently include making drinking water flammable!

The largest domestic natural gas drilling boom in history has swept across the United States. The Halliburton-developed drilling technology of “fracking” or hydraulic fracturing has unlocked a “Saudia Arabia of natural gas” just beneath us. But is fracking safe? When filmmaker Josh Fox is asked to lease his land for drilling, he embarks on a cross-country odyssey uncovering a trail of secrets, lies and contamination. A recently drilled nearby Pennsylvania town reports that residents are able to light their drinking water on fire. This is just one of the many absurd and astonishing revelations of a new country called GASLAND. Part verite travelogue, part expose, part mystery, part bluegrass banjo meltdown, part showdown.

The project began in 2008, when Fox was approached by a gas company who offered him $100,000 in exchange for leasing his family’s 20 acres of land in Milanville, near the Delaware River. Instead of taking the cash, Fox decided to find out more about the natural gas industry, which resulted in the production of Gasland.

For more, check out the excellent trailer:

Want to reduce your use of natural gas? Energy-efficient appliances are a good place to start. If you’re really feeling ambitious, you may want to explore renewable energy products such as solar power systems and wind turbines.