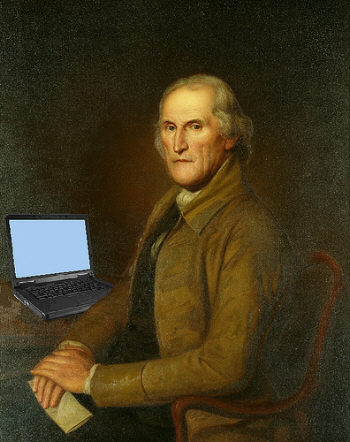 Social media and blogging have caught on like wildfire in political campaigns: over the last few election cycles, we’ve seen candidates for all levels of office taking advantage of web-based tools to rally the troops, get the message out, and rapidly respond to issues, events, and criticism.

But what about when the elections are over, and the work of governing begins? In theory, blogging’s a great way to keep a finger on the pulse of an official’s constituency, and to engage with those constituents on a daily basis about the issues that matter to them. A number of elected officials, as well as government agencies, have picked up on the value of the Web 2.0 “marketplace of ideas” to continue discussions raised during campaigns. Not nearly enough, perhaps, but, slowly, government 2.0 is taking shape.

Environmental issues have taken a more prominent place in our civic discussion, and government officials are using social media as one way to motivate and facilitate debates over energy development, land use, global warming mitigation, and other relevant issues. While there’s much more that could be done to leverage social media as a means of ensuring transparency and accountability on environmental policy, a handful of blogs at the federal level are setting a solid standard for using blogs as a means of engaging with citizens.

While I mined both USA.gov and Google for green government blogs, it’s certainly possible I missed some. Know of another environmentally-focused blog published by the government? Let us know about it, as well as what you think of it…