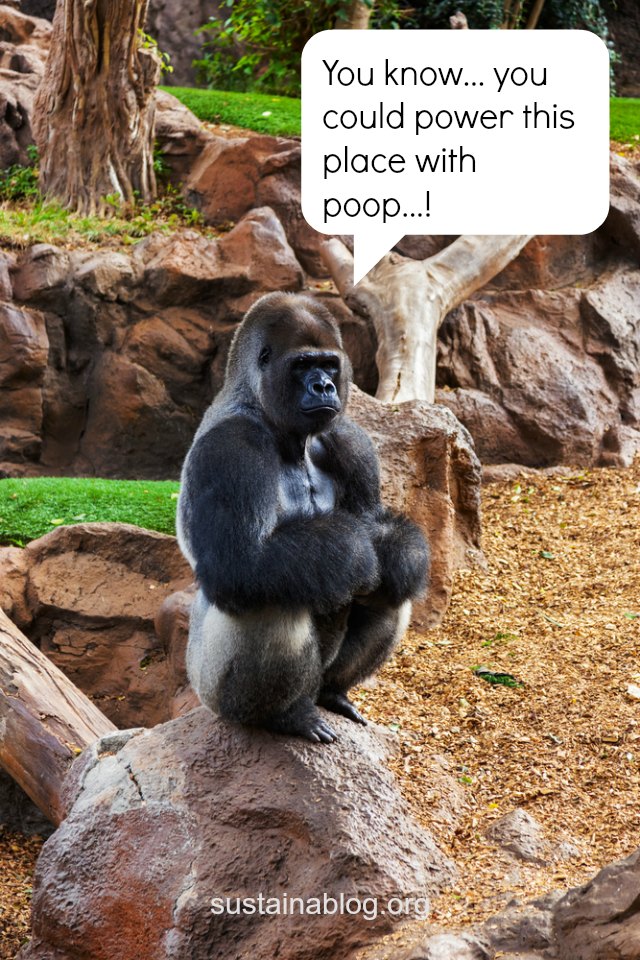 Farmers and ranchers around the world have discovered a resource they often considered a nuisance: the waste from their animals. By building biogas production systems from the relatively simple to the very complex (and expensive), many agricultural operations now run – at least partially – on the animal poop they produce.

But farms aren’t the only source of such feedstock: as the Detroit Zoo notes, they have to dispose of 400 tons of animal waste each year. So, why not turn some of that poop into power? That’s what Detroit wants to do; the video below (from their Patronicity crowdfunding project) shows the potential benefits of sending that waste to an anaerobic digester rather than the dump:

Detroit isn’t the only zoo looking at its animal poop as a power source: Waste360 also points to the Toronto Zoo’s plans to build a much larger digester. According to writer Megan Greenwalt, “With more than 5,000 animals on-site, the zoo anticipates it can process about 3,000 tons of animal waste and 14,000 tons of food waste a year from a large Canadian grocery chain, creating 500 kilowatts of generating capacity and about 4 million kilowatts of output.” While Detroit appears to be working mostly in-house on its plans, Toronto has partnered not only with engineering firms to design the digester, but also with Zooshare Biogas Cooperative Inc. to raise funds for the project.

While these projects are first for North America, Detroit and Toronto aren’t the first zoos to get dollar signs in their eyes when they looked at those piles of poop. The Munich Zoo has been transforming tons of elephant poop not only into electricity, but also into heat used to warm the gorilla enclosure, for a number of years. And, of course, all of these institutions use the leftover organic matter as fertilizer for landscaping and animal habitat.

Maybe it won’t smell quite so bad next time you’re at the zoo… If you know of other zoos or similar institutions making use of those tons of poop it produces, share their stories with us.