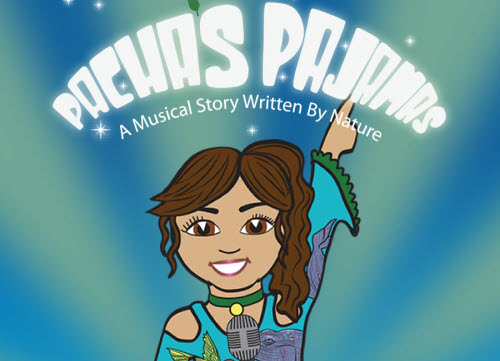 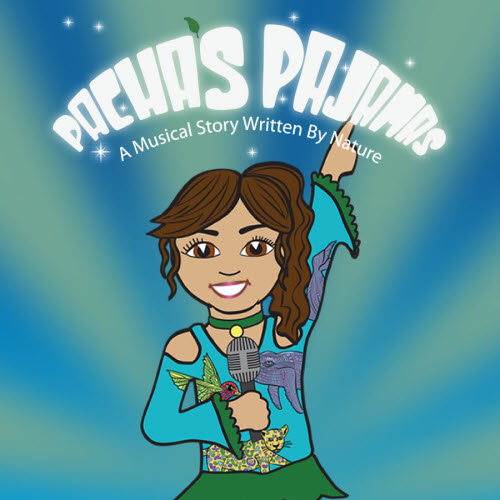 OK, I admit it: when I was a child, I frequently tied a towel around my neck and pretended I was Superman. I’ll bet I’m not the only one. While a lot of adults collect comic books and go to Comic-Con and such, a child’s embrace of a superhero is extra special: these figures tap into their imagination, and make them think about breaking past limits that they already recognize. I knew I couldn’t really fly when I tied on that towel… but imagining I could at a young age helped me develop an ability to look for solutions to challenges, rather than accepting them as inherent limitations.

The creators of Pacha’s Pajamas are attempting to harness that imaginative power in kids much more consciously than I’d guess the creators of more well-known superheroes ever did. A story of a young girl “who becomes a Superhero for Nature by organizing the world’s greatest festival with wild animals and plants,” Pacha’s Pajamas (covered earlier on Planetsave) is also a “transmedia experience platform” designed to give kids stories that spark their imaginations in positive ways. Production company BALANCE Edutainment calls it “nutritious pop culture,” and sees Pacha as a counterweight to the negativity often seen in media pre-teens consume online.

It’s not just a concept: BALANCE will release a soundtrack album of the Pacha’s Pajamas story on September 22nd which features the voices of known names like Cheech Marin, Mos Def, and Majora Carter, as well as younger performers whose names you probably will know at some point in the future. A “pop opera” of sorts, the album features original songs as well as the telling of Pacha’s story. There’s also a mobile app available that not only features the story, but also shares real-world actions kids can take on behalf of the environment.

So, Pacha’s story is on the way… but BALANCE is still looking for some help. They want to produce videos for two singles from the album, and have gone to Kickstarter to raise funds. They’ve only got a few days left… but they’ve also got a pledge from an angel to match all pledges. That means they only need to raise $5000 to meet their goal. Check out the video pitch currently featured on the campaign:

I’m impressed! I do know two of the players here – Dave Room and Joe Mohr – and know that their contributions mean this is a serious, substantial, and very creative effort. Let us know what you think about this approach to stimulating kids’ imaginations…