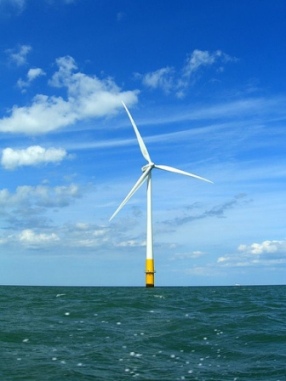 Cape Wind opposition leader, Charles Vinick is preparing to leave his post. Vinick, president of the Alliance to Protect Nantucket Sound, the well-funded opposition organization of the proposed Cape Wind energy project, has indicated that he would “transition” out of the position within a month.

Even if you haven’t closely followed the protracted political saga swirling around the proposed offshore wind farm in the shallow waters off Cape Cod, Massachusetts, you probably know that it has been going on for a long, long time. Unfortunately, the case has been filled with enough juicy political fodder over the last seven years to keep people from dwelling upon the fact that the regulatory review has already brought seven years of scrutiny by seventeen state and federal agencies.

However, an end may be in sight as a final decision from the U.S. Minerals Management Service (MMS) is imminent. That is why the timing of Vinick’s announcement strikes me as odd, and quite possibly a harbinger of things to come. Does Mr. Vinick know something we don’t? After all, for the past several months he worked out of the Alliance’s Washington D.C. office in anticipation of the pending draft environmental report. And now that the report is finally due to come out, he has decided to step down? Curious. In a case that has had no shortage of politics, this appears to be a clearly calculated move by an individual who has finally seen the writing on the wall.

And even though the MMS has announced that a decision would be forthcoming in early 2008, I would be remiss to ignore what happened the last time a final decision on the Cape Wind project was imminent – in 2005.