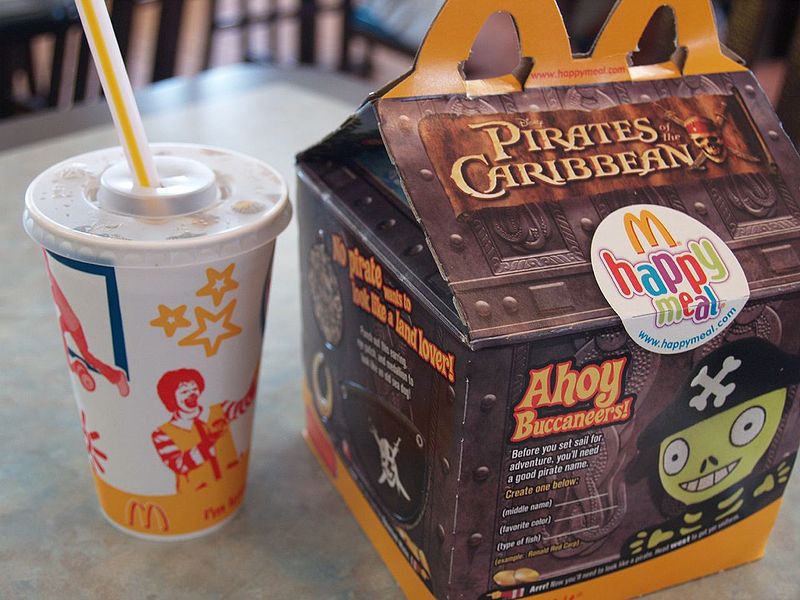 Amidst all the hubbub of elections this November 2nd, one potentially revolutionary vote was cast: San Francisco’s Board of Supervisors voted eight to three to prohibit free toys in McDonald’s infamous Happy Meals in the city.

Specifically, as reported by Reuters, the law would allow free toys only in restaurant meals for kids that have less than 600 calories, include fruits and vegetables, and come with beverages that do not contain “excessive” fat or sugar. The goal, according to supporters of the ordinance, is “to promote healthy eating habits while fighting childhood obesity.”

Obviously, this is a huge win for opponents of deceptive marketing campaigns that peddle unhealthy foods and lifestyles to kids, in a country where 15% of children are classified as obese, and lifestyle diseases like heart attacks and diabetes ravage the population as a whole.

But this is also a victory for animals, since it provides a serious blow to the fast-food industry and, through that, the cruel abuses of factory farms.

Despite the fact that consumers get a large proportion of their animal products from factory farms, and despite the relentless campaigns to spread awareness of the horrid torture inflicted on animals in factory farms, there is still a pervasive cultural blindness to the reality of the situation. It is too easy to see processed animal foods as somehow separate from, unrelated to, the living beings that had to suffer and die for them.

Fast food takes the convenience and separation phenomena one step further. The menu items are so far removed from living animals, are marketed with such cunning and conniving ploys to all demographics, and are the acme of convenience, that it takes effort to connect the food to the animals and so to the cruelty of the entire industry.

And although some fast-food restaurants, including McDonald’s, have taken steps to reduce cruelty in the farms and slaughterhouses they use (after much effort from animal-rights organizations and conscientious consumers), they are still one of the largest outlets for, and so supporters of, factory farming. You can learn more about the industry’s willing support of (supposedly) cost-cutting, assembly-line efficient animal production at websites such as McCruelty.com or (the lowest of the low) KentuckyFriedCruelty.com.

So by hamstringing McDonald’s in their efforts to attract kiddy customers, and feed them unhealthy foods taken from tortured animals, San Francisco made an important contribution to reducing the demand for factory-farmed animal products. They have helped expose the lie about Happy Meals and “happy meat,” which puts a goofy grinning face on the dead flesh of a formerly living, suffering, tortured creature.

And they have made this decision without having to acknowledge or emphasize all the other unhealthy “ingredients” in factory-farmed foods, such as antibiotics, toxic chemicals, animal feces, bacteria…and all the trash that finds its way into processed flesh.

Nevertheless, San Fransisco’s crackdown on Happy Meals is at once a victory for children and parents, who suffer the health consequences from such unhealthy foods, and farmed animals, who have to endure the cruelty of modern industrial factory farms. Perhaps it will be a first step towards more awareness and stricter regulation of the fast-food industry, which is a purveyor of suffering on so many levels.

Ready to get meat out of your diet? We can help… check out our current listing of vegan foods, including meat substitutes, dairy substitutes, and tofu.