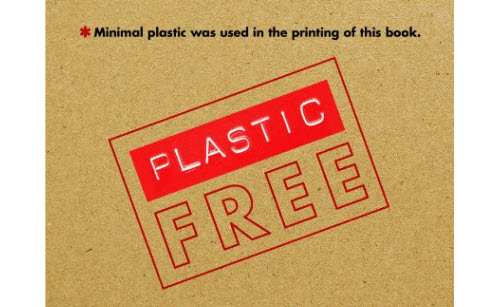 Editor’s note: Skyhorse Publishing provided us with a free copy of Plastic-Free for review.

Have you seen Chris Jordan’s photographs of dead Laysan albatrosses literally stuffed full of plastic? If you have, you know exactly what I’m talking about: they leave an impression, to say the least. Fellow green blogger Beth Terry saw them in 2007 while recovering from surgery; according to her new book Plastic-Free: How I Kicked the Plastic Habit and How You Can Too (affiliate link), this image provided a “plastic wake-up call” for this urban professional who’d let “the practicalities of making a living” replace her earlier environmental convictions. Jordan’s photos didn’t just shock Terry: they lead her to commit to exploring the many roles plastic played in her own life, and figuring out how she might eliminate it.

Five years later, she’s largely succeeded: her annual plastic consumption has dropped from four pounds a month to two pounds a year. In comparison, most of us throw away 7-10 pounds of plastic a month… and that’s only at home! Sounds like the story of some treehugging do-gooder, right? Well, yes… but one who isn’t a lot different from most of us, in that she’s got a job, a family, and the demands that go with them. If there’s a single underlying theme to Plastic-Free, it’s that anyone can reduce the amount of plastic they consume… and that there are plenty of good reasons to do so.

You’ve probably already pegged this one as a “how to” book, and to a large degree, that’s right. When Beth isn’t showing you how to reduce the amount of plastic in your home, she’s giving you ample detail on the material itself, its lifecycle, its multiple impacts on the natural environment and human health, and its presence in the darnedest places (including the Great Pacific Garbage Patch… where the albatrosses live). There’s definitely a narrative thread that runs throughout, but, overall, this isn’t a book that you have to sit down and read cover-to-cover. Given the amount of detail present, that would be tough… but when you’re ready to, say, understand why plastic recycling isn’t the be all-end all of dealing with the issue, or how to take a shower without using products in plastic bottles, there are chapters with lots of options for you.

In addition to Beth’s own story, there are others of plastic activists throughout the book. Wonder about, for instance, the costs of plastic drinking straws? So did nine-year-old Milo Cress, who (with his mother’s help) started BeStrawFree.org. Don’t have home recycling service? Learn from Ada, Oklahoma’s Lisa Sharp got such service approved for her home town. Lots of inspiration here in addition to information.

I’ve known Beth for a number of years online, and have always enjoyed her work – I can definite say the same for Plastic-Free. If you’ve had a chance to pick up a copy and read it, let us know what you thought.