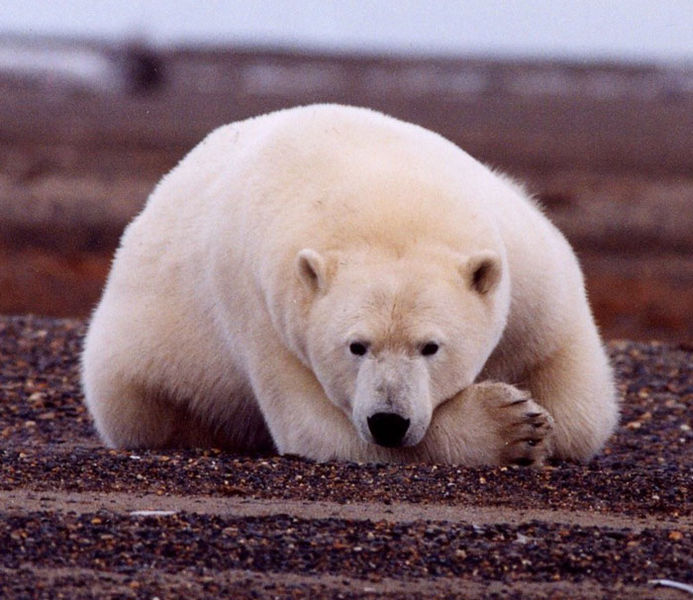 Fans of the polar bear, and people concerned about the environment, won a major victory in May 2008 when the big, white bears were listed as a “threatened species” under the Endangered Species Act (ESA). It took lawsuits and petitioning efforts by the Center for Biological Diversity, NRDC, Greenpeace, and other organizations to overcome the resistance to this listing, which would have profound implications on how polar bear habitat is used–that is, whether its arctic territory would become territory of oil companies as well.

Ever since that ruling, numerous lawsuits have been filed to get the polar bear removed from the ESA, actions initiated by the usual suspects–oil companies seeking to have land opened up for oil development, hunting advocacy groups, even the state of Alaska (which has huge oil reserves on- and offshore). But so far, these actions have been thwarted, and the polar bear remains protected.

And new research emphasizes the importance of continuing to protect polar bears against the threats that climate change poses to their survival. In a recent paper in the journal Biological Conservation, researchers have used more precise methods to model how a warmer climate will harm polar bear reproduction and survival. Specifically, the researchers observed how polar bears find mates, the males sniffing the tracks of females on the ice and finding those in mating condition. But as arctic temperatures warm with climate change and ice melts, the bears will have a harder time finding mates. Additionally, with longer ice-free seasons, the bears will not be able to survive their summer fasts.

Together, these two consequences of climate change could create a “tipping point” in the near future, when the damage done to the bears is beyond any hope of undoing. As Peter Molnar, one of the paper’s authors, says in an interview with the BBC, “…as the climate warms, we may not see any substantial effect on polar bear reproduction and survival for a while, up until some threshold is passed, at which point reproduction and survival will decline dramatically and very rapidly.”

So, why should you care if polar bears go extinct because of global warming?

It may be hard for us warm-weather folks to empathize with, or even care about, the polar bear. We may have a hard time putting their welfare over our own livelihood. This is even harder at a time when there is a dire need to reduce our dependence on foreign oil and find domestic sources (until some hypothetical, hoped-for time when we can wean ourselves from oil and fossil fuels completely). While the Gulf oil spill has led to a momentary moratorium on offshore drilling in the US, we are sure to face a time when offshore drilling again becomes viable…including in lands where polar bears roam.

This is a dangerous possibility, as is prolonging our addiction to oil. While we live it up on the profits from black gold, the white bears are going to reach and topple over the tipping point. And because the polar regions are the most sensitive to, and indicative of, the perils of climate change, we can have good reason to fear that the entire planet will topple over the tipping point as well.

So what can you do to help polar bears in their icy home far, far up north? A few general options:

Whatever you do, please remember the big white bears and take action to protect them and the planet’s biodiversity. If we continue to protect the bears and do more to keep them away from the tipping point, we will be ensuring our own safety and survival as well.