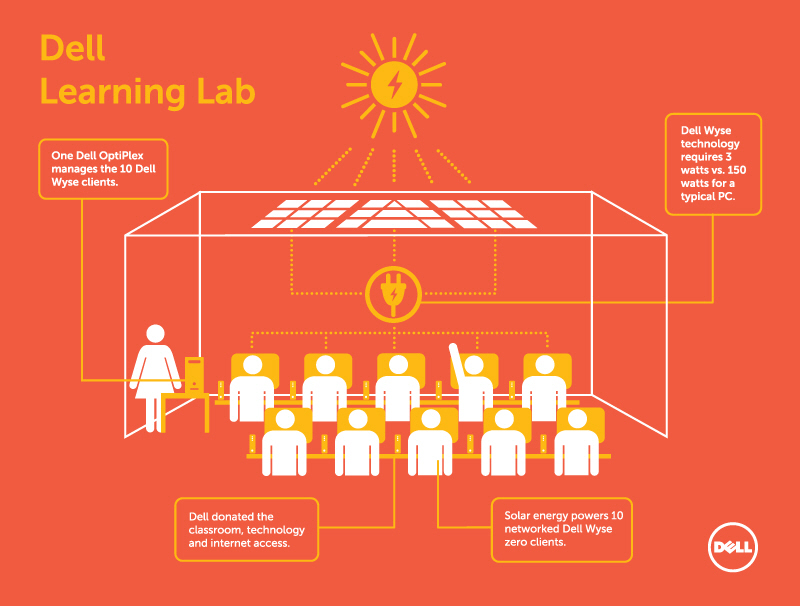 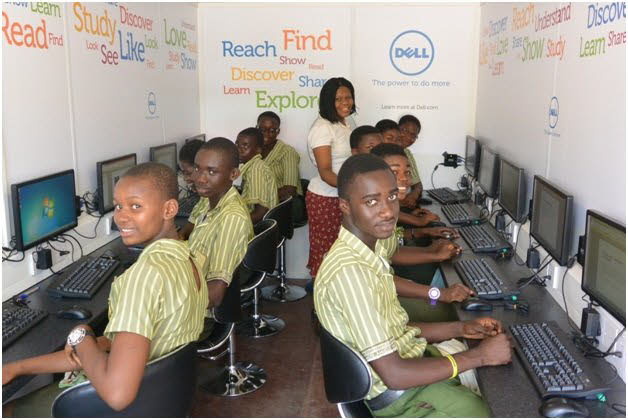 Most of the solar-powered schools we’ve encountered have sprouted up in the developed world, driven by a desire for lighter environmental impact, lower electric bills, and additional educational opportunities provided by the technology itself. In the developing world, though, solar power may be the only way to provide educational opportunities that require electricity: political unrest, poverty, and lack of development all keep power grids from expanding into remote areas in many parts of the world. For young people in those places, that means the chance to learn about the latest technologies are limited… if they’re available at all.

So, when I was checking out the 2014 Corporate Responsibility report from Dell yesterday, the story that caught my eye involved the company’s efforts to support computer science education in Nigeria and South Africa. In collaboration with a number of non-profits, including LEAP Africa, SHAWCO, and Computer Aid International, the IT giant has used its Wyse cloud computing technology (acquired with the company itself in 2012) to create a portable, solar-powered computer lab for students in remote areas. Take a look at the Dell Learning Lab (and click on the image if you need a larger version):

The cloud-based arrangement keeps this computer lab very energy-efficient… enough that a solar array can power it. The building itself is a reused shipping container, so it’s also relatively easy to move into and out of setting where it’s needed. The efficiency of the lab allows for enough energy storage to use it at night, also.

A system like this strikes me as beautifully flexible. While there’s certainly a lot of need in Africa, there’s no reason that these Dell Labs couldn’t also be used on, say, Native American reservations, or even in blighted urban areas. The only thing really needed is a need for educational opportunities; Dell and its partners are even training teachers in the best methods for making use of the technology provided.

Know more about providing technology training to underserved communities than I do? Let us know what you think. And if you’re interested in other part of Dell’s Legacy for Good plan, check out the CSR report itself.