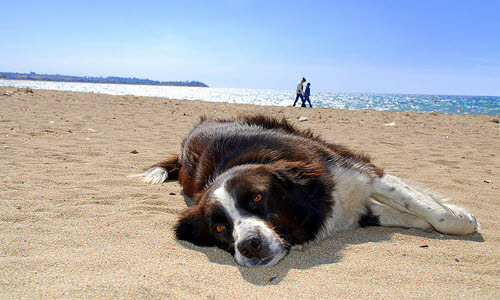 Did you know that the US’ carbon emissions dropped over the past few years… roughly from 2008 on? Probably not: it didn’t get a whole lot of attention because the causes weren’t particularly appealing to many: natural gas fracking, EPA regs, and, yep, the recession. The last case is particularly interesting: sure, we don’t want the economy to remain stagnant in order to keep greenhouse gas emissions down… but less hours worked means lower emissions. And, as in most developed countries, our productivity continues to grow. Could we use our ability to work ever more efficiently as a means of addressing climate change, and even creating better standards of living for American workers?

That’s roughly the idea behind David Rosnick’s new paper “Reduced Work Hours as a Means of Slowing Climate Change” published by The Center for Economic and Policy Research. Rosnick frames this debate as a contrast between American and European responses to increased productivity: we see it as a mean of increasing consumption, whereas Europeans have leveraged productivity gains into shorter work weeks and longer vacations.

So, what’s that have to do with global warming? Plenty, according to Rosnick:

A number of studies (e.g. Knight et al. 2012, Rosnick and Weisbrot 2006) have found that shorter work hours are associated with lower greenhouse gas emissions and therefore less global climate change. The relationship between these two variables is complex and not clearly understood, but it is understandable that lowering levels of consumption, holding everything else constant, would reduce greenhouse gas emissions.

At least part of this involves shifts from product consumption to a service model (in short, renting rather than buying), and Rosnick also notes that the high income inequality we’ve got in the US would have to be addresses in order for this to work for American workers (who’d otherwise have to lower their standard of living because of less work hours). And, no doubt, many leisure activities carry their own environmental price tags. But the conclusion that we could work less and reduce future increases in global temperature (some of which are already locked in) is pretty appealing.

I found this at right wing rag Daily Caller (HT @Dothegreenthing) – as you might imagine, their readers are throwing terms like “Euro Weenies” around a lot in response. The full paper’s relatively short (though pretty dense – I stuck mostly to the Executive Summary), so take a look, and let us know what you think of the author’s conclusions.