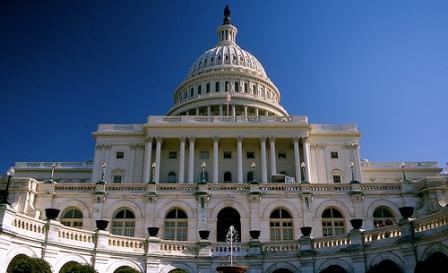 On Wednesday, the Senate Finance Committee included measures to extend the Production Tax Credit (PTC) for renewable energy through the end of the 2009. The PTC, which is currently the most effective policy tool for developing renewable energy in the US, is set to expire at the end of 2008. The bill would also extend for one year a credit, equal to 30 percent of qualifying expenditures, for the purchase for qualified PV and solar water heating.

Senator Ken Salazar (D-CO), a vocal supporter of renewable energy for rural communities, issued a statement in strong support of the move:

“This package provides targeted tax incentives for small businesses that are the engine of our economy…It is my hope that, before the end of the week, we can pass this bill in the Senate and begin working with our House colleagues to come to swift agreement on how to give America’s economy the jump-start it needs.”

Another proposed amendment came from the Senate’s second most liberal, Vermont Sen. Bernie Sanders. The Sanders amendment would extend funding to help those with skyrocketing home-heating costs. “Without increased home heating help, senior citizens on fixed incomes, persons with disabilities, and low-income families with children are in danger of going cold in Vermont and throughout the country. We must not let that happen,” said Sanders. You can watch Sanders comment on video here. (And no, that is not a Vermont accent!). The good folks over at Watthead make a good case for contacting your legislator in support of amendments like these and other green amendments in the economic stimulus package.