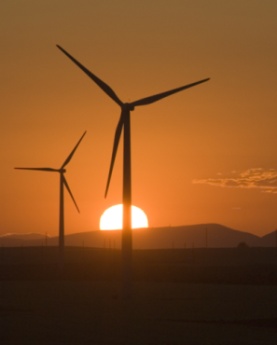 Has the world gone Green PR mad? Don’t get me wrong, I love the fact that Green is trendy, but I got this press release a couple days ago stating:

INTEL BECOMES LARGEST PURCHASER OF GREEN POWER IN THE U.S.

I’m sorry but I had to jump on the Green soapbox. Intel announced that it purchased 1.3 billion kilowatt-hours a year of renewable energy certificates as part of a multi-faceted approach to reducing its impact on the environment. That’s great. I’m sure that Intel has its green heart in the right place. But the fact is that they purchased RECs. In the release they state: “Renewable energy certificates, or RECs, are the ‘currency’ of the renewable energy market and are widely recognized as a having credible and tangible environmental benefits.”

I might ruffle a few feathers but RECs are essentially a subsidy for clean-energy producers. Most of us realize that subsidies come from governments but in this case they come from us – consumers – or in this case, Intel. According to one noted London Carbon Trader, “It’s important to note that IN NO WAY does buying a REC mean that there’s going to be any more clean energy built, or any carbon reductions done. It just gives extra money to whoever has already produced it.”

My London carbon trader mentioned to me that in the long term, RECs have the potential to encourage new entrants into the clean energy world. If wind power cost as much to produce as coal then that would be a no-brainer but it’s not. Coal remains much cheaper. But RECs in no way guarantee the new production of green energy. My London Carbon Trader says, “It should be very, very, very emphasized that in no case should an REC be automatically be used, or thought to represent in any way, as a reduction in carbon emission (though there’s a potential argument to be made in the case of a bonafide ‘additional-REC.’)”

What’s happening is that people or companies such as Intel are feeling good about themselves for buying RECs without really knowing whether or not their money is making any environmental impact or if it is going into the Trust Fund or Stock Bonus of Renewable Energy Company X’s CEO.

Anyone or any company wanting to make a difference mitigating carbon might:

a) Invest in renewable energy-efficiency, and/or carbon-reducing projects locally or internationally (that often have quick payback periods anyway)

b) Invest in companies that implement such projects

c) Buy carbon offsets, whether VER or CER, from a project with REAL additionally – meaning that without the carbon element, the project wouldn’t have happened in the first place

d) Tell your local politician you want the US to join an international carbon trading (i.e. cap-and-trade or carbon tax) regime for post-2012, so that the world can reduce the most carbon at the cheapest cost.

I know this remains a complicated issue but I didn’t want to have anyone’s good green intentions wrecked over RECs.