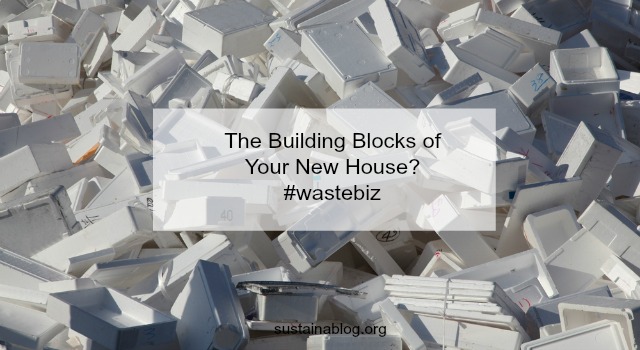 As we’ve noted on a number of occasions, recycling polystyrene foam (aka Styrofoam) poses a number of challenges, all of which make the economics difficult. One good use of this material, though, is in the creation of insulated concrete forms, or modular “building blocks” made from concrete and (usually) another insulating material. Manufacturers can reuse Styrofoam in these forms to create a high R value for the building material.

Portland, Oregon-based BluBloc is the latest player in this game. According to DJC Oregon, the company is making its forms from a mixture of 85% reused polystyrene foam, and 15% concrete. CEO Michael Miner notes that the average house built from the company’s forms would use 2500 pounds of the material (and keep it out of landfills).

BluBloc isn’t the first player in this market, but it’s good to see new companies which see the benefit of making use of this hard-to-recycling material. Know of other innovative (re)uses of Styrofoam in the building industry? Tell us about them…

Is single-stream recycling going away? This is a tough one: single-stream recycling does increase the amount of material sent to recycling facilities… but also insures that a percentage of it will go in the trash because of contamination. Glass is one problematic material on this front; apparently, cardboard is, also. SE Ohio recycling company Rumpke now offers commercial customers “cardboard only” containers to ensure that more of this materials actually gets recycled, and has put together a slide show illustrating the problem.

New screening tool for landfill water contamination: There are lots of reasons you might not want to live near a landfill; water contamination is one of the less obvious (but most dangerous). The US Geological Survey and New Jersey Pinelands Commission has created a new screening tool for estimating the potential risk posed by a given landfill. While developed primarily for regulators, there’s no reason landfill owners and managers couldn’t make use of it also. (via Waste Dive)