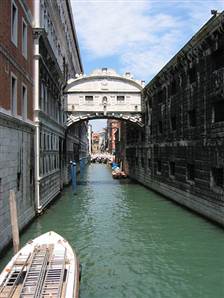 From Newsweek’s International Edition, a fascinating article on the environmental threats to some of the world’s top tourist destinations:

No matter how exotic the destination, until recently a traveler’s biggest concern was how to get there, not where the journey would ultimately lead. Now thanks to rising incomes and falling airfares, getting there is the easy part; last year a record 806 million tourists hit the road. But those hordes—combined with forces ranging from climate change to civil war, industrial toxins to runaway development—are laying siege to some of the world’s most treasured and irreplaceable sites. Whether the millennial gates of Machu Picchu or the moonlit waterways of Venice, we are in danger of losing places we thought would always be around, sure as Stonehenge. New Orleans nearly drowned. The Coral Triangle, a diver’s paradise, is as fragile as an eggshell. Visitors ride go-karts along the Great Wall of China and steal artifacts from the crumbling temples of Luxor. Even Stonehenge has been cordoned off. The only certainty for today’s travelers is that the wonders of the world are perishable, whether they’re made of stone or ice, by man or nature.

Ironically, tourism itself is one of the biggest threats to these destinations, and the idea that certain destinations’ days may be numbered makes them that much more popular. I suppose the only issue I might take with this article is its lack of any mention of eco-tourism, which attempts to address these very problems. Still, a great read. Also make sure to check out the list of the 7 Most Endangered Wonders of the World.