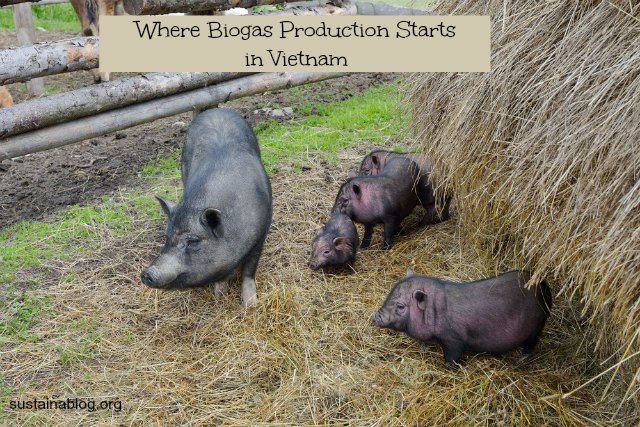 Last month, I dug into a project in Vietnam that built biogas production units for rural farmers in Vietnam. I remember thinking that using biogas production from farm animals to produce electricity was a pretty big jump forward: technically, it can be done, but most in the developing world, you’re more likely to find biogas being used for things like cooking. Turns out I should’ve trusted my instincts.

Not bad for a system that’s run on pig poop, huh? I apologize for not digging further into Climate Friendly’s details, or confirming with them, and thank Dagmar for reaching out. If you’d like to dig more into the details of this innovative program, take a look at SNV’s detailed overview of the program.