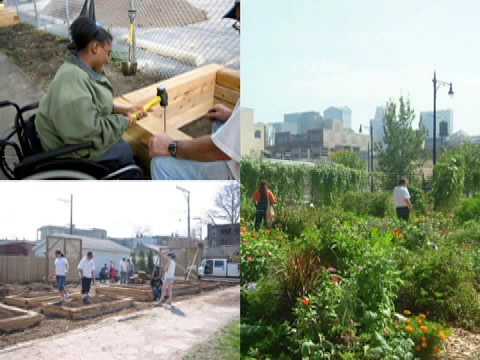 Editor’s note: this post is a part of our series on successful urban farming initiatives in the United States.

While much green development over the past decade or so has happened on the coasts, Chicago has demonstrated to the rest of the US that flyover country has plenty to contribute on this front, also. Mayor Richard Daley’s push for green roofs in the city became symbolic of his efforts to make the Hog Butcher of the World the greenest city in America; new mayor Rahm Emanuel has continued and even expanded upon his predecessor’s efforts.

Sustainable development and urban agriculture go hand-in-hand, and Chicago’s taken some very innovative steps towards increasing food production within the urban core, and recognizing the social and environmental benefits that come from inner city farming. Among the examples of the city’s successful embrace of urban agriculture:

Once again, I’m just scratching the surface. To get a little more depth, take a look at this video produced by the Chicago Botanic Garden in 2009:

I know we’ve got friends in Chicago… so please tell us what we’ve missed!