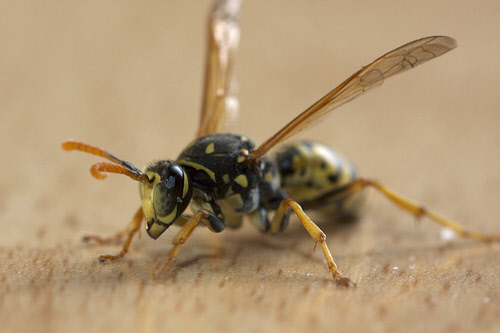 Did you know that not every insect is a bug? In fact, ladybugs are not bugs at all — they are beetles. Their real name is the Lady Bird Beetle. A bug is a very specific kind of insect we call hemipterans, or true bugs. Following are the contributions of several insects that actually bug other bugs, providing a service that is so significant to humans, we should honor them with a national holiday.

A wasp for every season

Foresters in Michigan have employed six wasps as the primary tool for eradication of the Emerald Ash Borer Beetle that causes a high mortality rate in ash trees, the Northern Research Station reports. Wasps are a highly effective natural enemy of many insects. We tend to think of wasps as yellow jackets. While it is true that a yellow jacket is a wasp, but most wasps are not yellow jackets. There are some very beneficial, non-aggressive wasps that provide an enormous amount of crop protection for commercial agriculture.

These six wasp species that have been employed by Michigan foresters are solitary wasps, which means they are single moms who lays a very small number of eggs, and then die. Yellow jackets are a Vespid wasp, which is a social wasp. Social insects such as honey bees and yellow jackets live in huge colonies, and when they are threatened, they attack as a group. Solitary wasps, on the other hand, do not attack as a group. In fact, you would have to go out of your way to get attacked by a solitary wasp.

The six wasps used as a biological weapon against the Emerald Ash Borer Beetle are ectoparasitoids, which means they lay their eggs on the outside of a host. The eggs hatch and burrow into the host, and consume the host from the inside. If you remember the movie Alien, then you have witnessed the effectiveness of a parasitoid. The beautiful thing about using these wasps to control the Emerald Ash Borer is that they are very host-specific. They do not (normally) attack other insects.These are specialized weapons that pose no threat to the environment or the ecological balance of an ecosystem. These little wasps stand between the $282.25 billion Michigan timber industry, and an army of invasive wood boring beetles. Suddenly, wasps take on the role of superheroes.

A toast to aquatic insects

Insects that live in the water are a really good indicator of water quality. In fact, insects help to measure the quality of stream life. Some insects, such as Mayflies, spend a portion of their life cycles in aquatic habitats. These are called naiads, which is the larval form of an aquatic insect. Mayflies, which are Ephemeroptera, are very sensitive to water quality. Monitoring their populations in streams that are adjacent to land use projects, such as road construction sites, is a method widely used to ensure that toxicity/pollution does not enter the stream.

Ephemeroptera are very sensitive to water pollution and are often the first insect to die if toxicity should occur. Monitoring their levels lets biologist know the moment something has changed, and they can then halt construction until the toxic leaching is identified and stopped. The benefit to the environment that Ephemeroptera provide is immense, and can help to save other species, such a trout and salmon.

Biological remediation is the act of reclaiming a biological area that has been polluted to the point where most life forms dies off and do not return. These sites are often referred to as Super Fund Sites, because they cost millions and millions of dollars to rehabilitate. Without the insects described in this article, hundreds of billions of dollars of commercial and natural resources would be lost.

Everyone can do their parts by initiating pest inspections of homes and properties. Annual or semiannual inspection for pests can help alert state authorities to the presence of pest species, and the sooner it’s done, the faster a natural solution to control it can be found.