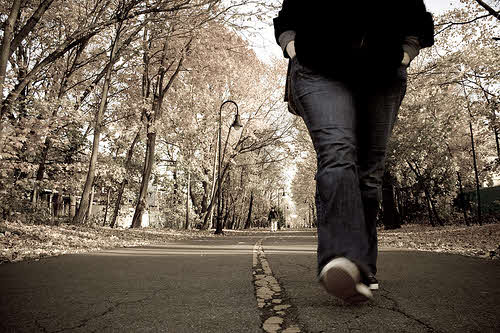 Bicycling and walking infrastructure has definitely become hip… so hip that we’re even seeing a lot of it going in here in St. Louis! 😉 Both environmental and health concerns (as well as gas prices, I’m sure) have gotten people out of their cars and onto their bikes or their feet. Such infrastructure costs money, though, and no doubt some think it such investments don’t pay off (or think they’re a part of some radical United Nations sustainability plot).

A new report out from the Federal Highway Administration shows that these investments do work, though: essentially, build it and they will come. The Nonmotorized Transportation Pilot Program started in 2005 in four communities: Columbia, MO; Marin County, CA; Minneapolis, MN; and Sheboygan County, WI. Each community received $25 million dollars to build biking and walking infrastructure: bike paths and lanes, sidewalks, trails, etc. According to Secretary of Transportation Ray LaHood, those investments produced some impressive numbers:

I poked around through the report, and was disappointed to not find any mention of the economic impact of these investments – based on previous studies in the US and the UK, I’m guessing these investments also resulted in economic growth in these communities. That kind of information would be great for countering the “government spending” narrative surrounding such investments: show that building such infrastructure pays off literally and qualitatively.

Take a look at the report – if you find something interesting, share it with us.