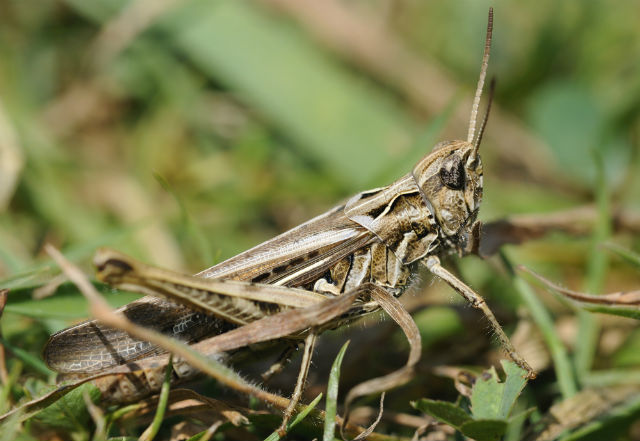 I like a good steak every now and then, but I have to eat it with just a twinge of guilt. Not only is there the element of an animal dying to feed me (and others), but I also know that most of the protein we consume from livestock uses up an awful lot of resources. In fact, much of the farming we do in this country and others goes to feed animals butchered for meat… so not only do the cattle, chickens and pigs consume food and water directly, but the feed they eat also requires water and fertilizer.  The folks at Hopper Foods in Austin, Texas, claim that a pound of beef represents 1000 gallons of water and 10 pounds of feed. Their answer to avoid this massive use of resources? Eating crickets.

Yep, crickets. We’ve discussed entomophagy before, and seen other claims about the environmental and health benefits of consuming insects… but for most of us in the Western world, there’s still that “ick” factor. Hopper has made overcoming that resistance to eating bugs a core part of its mission, and wants to start selling an energy bar that contains cricket flour as a main ingredient. Spend a couple of minutes with their rationale for eating more bugs, and less cows:

Interesting, huh? If you liked that, spend a bit of time with their Kickstarter campaign, which contains a lot more information on the arguments for entomophagy. And, if you’re so moved, consider sending them a few bucks: they’re getting really close to their goal, but time’s also starting to run short. And anything above the $30,000 mark will go towards that stretch budget mentioned in the video.

One thing I learned from digging into this a bit: Austin’s becoming a hub of bug-eaters. So, Austinites, let us know: have you tried eating crickets (as flour, or in a different form) or other products made from insects? How about the rest of you? Share your thoughts and experiences with us…