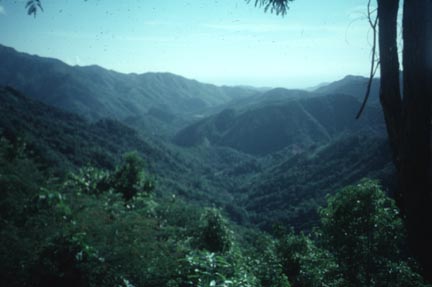 With Cuba being back in the news because of Fidel Castro’s health and transfer of power to his brother, this article from National Geographic News about the island country’s unique status as an environmental success story will likely raise some hackles. But there are lessons we can learn here, both in terms of the environmental policies implemented by the Castro regime almost from the beginning of its rule, as well as the ways that the country has adapted to tough economic circumstances following the fall of the Soviet Union.

Though Cuba is economically destitute, it has the richest biodiversity in the Caribbean. Resorts blanket many of its neighbors, but Cuba remains largely undeveloped, with large tracts of untouched rain forest and unspoiled reefs (map of Cuba).

The country has signed numerous international conservation treaties and set aside vast areas of land for government protection.

But others say Cuba’s economic underdevelopment has played just as large a role.

Since the collapse of the Soviet Union – its main financial benefactor – Cuba has had to rely mostly on its own limited resources. It has embraced organic farming and low-energy agriculture because it can’t afford to do anything else.

And once Castro is gone, the experts say, a boom in tourism and foreign investment could destroy Cuba’s pristine landscapes.

While I’m certainly not going to lavish praise on Castro generally, or suggest that other countries follow the political and economic models created from his revolution, Cuba’s status as one of the greenest countries in the Western Hemisphere does call into question the claim by many conservatives that the best way to ensure environmental protection is to promote Western-style economic development. Rather, let’s hope the Cuban environmental legacy receives attention as the island almost inevitably opens up economically and politically. Cuba desperately needs economic opportunities and political freedom, but these positive developments don’t have to come at the expense of degrading this nearly pristine ecological area. Cuba could become the model for truly sustainable development — we’ve just got to make sure that the environmental costs are calculated as rapid change sets in…