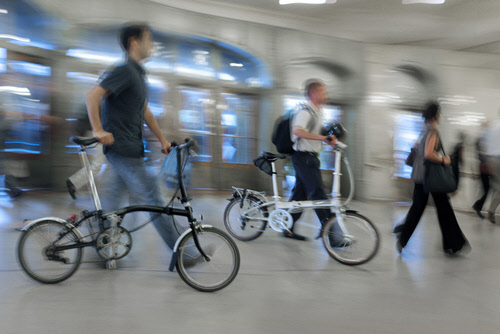 As the debate unfolds about whether to build a 1,711-mile pipeline to carry crude oil from the tar sands in Canada to refineries in Texas, the focus is on the oil spills and carbon emissions that inevitably come with it. But we need to ask a more fundamental question. Do we really need that oil?

The United States currently consumes more gasoline than the next 16 countries combined. Yes, you read that right. Among them are China, Japan, Russia, Germany, and Brazil. (See data at www.earth-policy.org.)

But now this is changing. Not only is the affluence that sustained this extravagant gasoline consumption eroding, but the automobile-centered lifestyle that was considered part of the American birthright is fading as well. U.S. gasoline use has dropped 5 percent in four years. Four key developments are set to further reduce U.S. gasoline use: a shrinking car fleet, a decline in the miles driven per car, dramatic mandated future gains in new car fuel efficiency, and the shift from gasoline to electricity to power our cars.

The U.S. fleet appears to have peaked at 250 million vehicles in 2008. From 1994 through 2007, new-car sales were in the range of 15–17 million per year. Since then they have totaled 10–13 million per year, and they are unlikely to top 14 million again. Retirees likely will exceed sales of new cars throughout this decade.

The contraction that began when the fleet dropped from 250 million in 2008 to 248 million in 2010 is likely to continue. Sales of new cars are not matching those of earlier years in part because the economic prospect has dimmed and in part because we are still urbanizing. Today 82 percent of us live in urban areas where cars are becoming less essential.

On top of urbanization, we also have a change in the manner in which young people socialize. For teenagers in rural communities a half century ago, getting a driver’s license and something to drive — a car, a pickup, or even a farm truck — was a rite of passage. That’s what everyone did.

This too is changing. Today’s teenagers, most of whom grew up in an urban setting, socialize through smart phones and the Internet. For many of them, a car is of little interest. The number of licensed teenage drivers in this country — the car owners of the future — has dropped from a peak of 12 million in 1978 to 10 million today.

Cities are also being redesigned for people. Among other things, this means cities are becoming pedestrian- and bicycle-friendly, with ready access to public transit.

Many cities are building a cycling infrastructure of bicycle trails, dedicated bike lanes, and bike racks for parking. Bike-sharing programs are showing up, too. In Washington, D.C., the Capital Bikeshare program that began in 2010 has expanded to 116 stations with 1,100 bicycles. Within the first year, some 16,000 riders signed up for annual membership in the program. Denver and Chicago have similar bike share programs. And New York City is about to launch a huge program of its own.

The second reason that gasoline use is falling is the decline in miles driven per car. This is partly in response to economic uncertainty and the high price of gasoline. When gas costs nearly $4 a gallon, people think twice before jumping in a car and using a gallon of gasoline to pick up a half-gallon of milk.

A third trend that is reducing gasoline use is the rising fuel efficiency of the U.S. automobile fleet. New cars sold in 2008 averaged 27 miles per gallon. But in early 2009, President Obama raised the average fuel efficiency standard so that those sold in 2016 will get 36 miles per gallon. Additional standards announced in 2011 mean that new cars sold in 2025 will use less than half as much gasoline as the 2008 models.

The game changer in reducing gasoline use is going to come as drivers shift from gasoline to electrically powered vehicles, including plug-in hybrids and all-electric cars. General Motors recently introduced the Chevrolet Volt, designed to run largely on electricity, and Nissan unveiled the Leaf, an all-electric vehicle. Beyond these, Toyota is accepting orders for the plug-in version of its Prius hybrid, the pacesetter in fuel efficiency. It will be followed by a steady flow of new plug-in hybrid and all-electric car models coming to market.

Although these electrically powered vehicles are typically more costly to buy, the day-to-day cost of operating them is extraordinarily low. An analysis by Professor Michael McElroy at Harvard indicates that running a car on wind-generated electricity could cost less than the equivalent of 80-cent-a-gallon gasoline.

With the auto fleet shrinking, with the average car being driven less, with the fuel use of new cars to be cut in half by 2025, and with electricity starting to replace gasoline as a fuel, why do we need to build a pipeline to bring crude oil from Canada’s tar sands to oil refineries in Texas? The answer is we don’t.

Lester R. Brown is president of the Earth Policy Institute and author of World on the Edge.