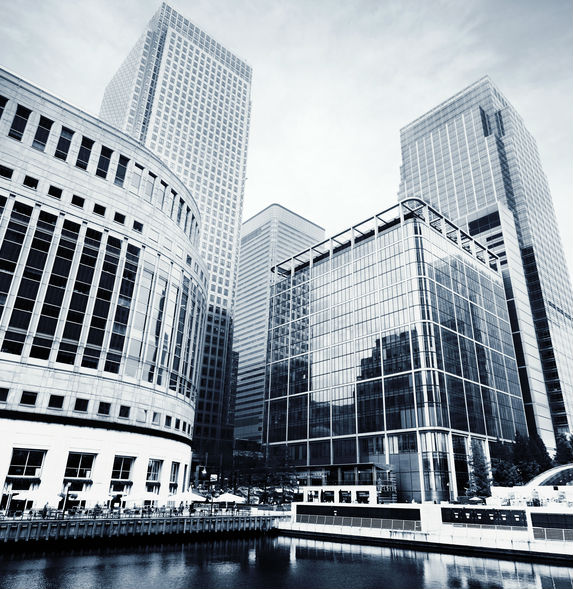 Since the first skyscraper (a building at least 500ft/152m tall) pierced the clouds in Chicago in 1884, these towering, defining aspects of the modern cityscape have erupted in astonishing number. In China, there has been the construction of a new skyscraper every five days since 2011, and by 2016 they will have a total of 800.

It’s hardly surprising that the proliferation of such huge edifices has had, and indeed still has, a pronounced negative effect on the environment. They require huge supplies of materials and machinery to construct, and once they’ve been constructed, they continue to contribute heavily to greenhouse emissions (in Britain they are responsible for nearly half).

Going into 2015, we need to be more aware of the issues facing construction, and how human civilization can continue to expand while limiting harm to the environment.

How Buildings Affect The Environment

As of 2007, more than half of the global human population are living in towns and cities rather than rural areas. To provide homes, working environments and countless other important social benefits for a growing population, urbanization will be increasingly common.

Currently, buildings in the EU are responsible for 36% of carbon dioxide emissions, huge amounts of waste, and 40% of energy use. And as more buildings go under construction, it’s more than likely that these figures will rise in combination with the usage of precious raw materials.

Seeing as human consumption of natural resources is beginning to outpace the Earth’s ability to produce it, the challenge for sustainable construction isn’t just cutting down on emissions, it’s how to build with different materials.

Even parking garages, standard features of a typical town or city, have negative ecological effects because of their construction. As they are traditionally made with solar-energy absorbing materials like concrete and asphalt, they can form urban heat islands. The urban heat island phenomenon occurs when urbanization causes an increase in temperature that exceeds that of surrounding rural areas. As well as affecting local weather patterns, they can even lead to human deaths in heat waves.

Sustainable construction accounts for a far more complex series of targets than most people may assume. As well as striving for social inclusion, environmental preservation, aesthetics and profitability, it also calls for a constant awareness of innovative and emerging approaches to design and development.

It’s not just better for the environment either; the fact that sustainable construction is reliant on emerging innovations could lead to “green growth.” Groundbreaking technical progress in low-emission, low-energy buildings, with intelligent systems for heating and cooling, is more than likely to attract investment. And following investment, there would be a necessary boost in the job creation of manufacturing and environmental sectors.

Certain design and construction companies have built and devoted successful practices on sustainable construction. And it’s the natural but robust designs of the structures that people seem to like most. With the growing popularity of luxury camping, or “glamping” as it has come to be known, Yurt Workshop, yurt specialists who practice traditional designs and craftsmanship, say that perhaps people are starting to grow weary of the omnipresence of steel, concrete and asphalt structures. For Blue Forest, a specialist luxury tree house company that provide popular living spaces at glamping sites, construction means finding and using sustainably harvested wood for each design, so that it can last a lifetime.

Perhaps surprisingly, the future of mainstream construction could see steel substituted for wood.

The Future Of Building

Could 2015 be the year of the plyscraper? It’s not a question that many people are asking, but that’s mainly due to unawareness rather than willingness.

Though wood may be one of the most basic building materials, and more worryingly, flammable, thanks to the research and development of cross-laminated timber, wooden buildings could be the most viable option for future construction. Each layer of wood used to form the timber is weak and of variable quality, but when they are pinned into precise layers, the panels can be engineered to be stronger than concrete and fire-resistant.

The UK-based crane hire company, Emerson Cranes say that “for sustainable construction companies, concrete has been seen as a necessary evil more often than not because it creates so much carbon dioxide when produced. To replace it with wood, which captures carbon dioxide, is the solution that many have been waiting for.”

According to the US Department of Agriculture (USDA), in terms of cutting emissions a four-storey building constructed from mass timber would have the same effect as taking 500 cars off the road.

Yes, wooden buildings could alleviate the dangers of urbanization continuing to pollute the planet, but what about the existing urban areas already made of asphalt, granite and concrete? The International Union of Architects have revealed that one of their aims is to reduce carbon dioxide emissions from the built environment by 2050.

One of the most visual ways that we could start to see green changes being made is the introduction of more green walls and roofs. These are walls or roofs that are either partially or completely covered in living vegetation. And recent research has shown that not only do they look nice, reduce pollutants and lower the temperatures of buildings (thus helpful in the prevention of urban heat islands forming), but they can also provide effective acoustic insulation.

As research and innovation into sustainable building continues, the loss of green spaces for construction purposes could be reconciled with a greener future that sees wood, plants and biodiversity playing an important role in urban development. Here’s hoping.