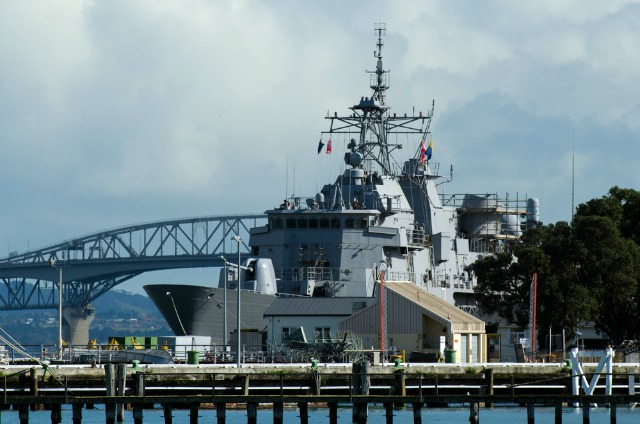 Despite the fact that the US Department of Defense has identified climate change as a major threat to national security, most of us don’t necessarily equate military forces with sustainability efforts. When we do, we’re likely to think about units in the field using solar power. Waste management may not strike many of us as a major concern for armies. But like any other institution, military branches has to feed their soldiers, sailors, and airmen – among other thing – and, generally, they’re probably paying to have that waste hauled away.

The Royal New Zealand Navy is trying a different approach: looking at food scraps and other wastes as a resource. Acording to 3 News, the Navy is planning to start composting food waste, and then using the resulting material to fertilize gardens at its base in Devonport. No word on how much that will save them, but they’ve decided to purchase a Swedish-made Big Hanna composter which can handle 62 metric tonnes of food waste a year. That’s a lot of potato peels… and a lot of hauling costs avoided.

I’m guessing that the wastes will come from ships and land-based facilities alike, so there may still be a need for some transportation of the materials headed for the composter. At the very least, though, they’ll cut some costs for garden maintenance at the base. And this isn’t just about saving money: the New Zealand Navy is charged with protection of the country’s marine environment, and sees this effort as a part of that mission.

As I’ve noted before, I don’t think composting is the be-all, end-all of solutions for food waste – and I say that as an avid composter. But for materials that are no longer edible, it’s definitely the best option. I’m kind of surprised the Navy hasn’t chosen a waste-to-energy approach (which would still leave material for their gardens), but this is a good start.

Got thoughts on this military effort? Know of other armies, navies, or other military units that have made waste management a part of their work? Tell us about it…