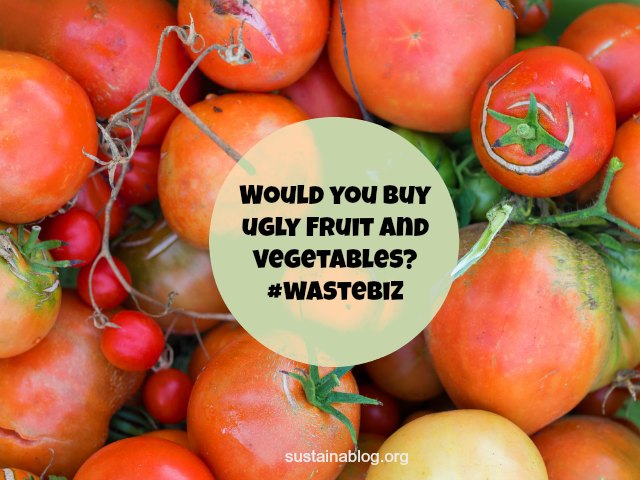 For years, we’ve brought up the fact that a lot of food waste comes not from throwing away leftovers or letting food spoil in the fridge, but from “cosmetic shrink“: that is, food retailers rejecting produce that doesn’t look “right.” We’ve seen efforts to put ugly fruit and veggies up for sale – a Utah-based grocery company, for instance, announced an effort along these lines this week – but for such an effort to really take off, the biggest retailers would need to participate.

That’s why Stefanie Sacks, author of What the Fork are You Eating?, and Jordan Figueiredo, the founder of UglyFruitandVeg.org, have started a Change.org petition. They’re asking two of the US’ largest grocers, Walmart and Whole Foods, to start selling ugly fruit and vegetables rather than disposing of them. By having some fun with the concept, as well as offering this produce at a discount, Sacks and Figueiredo argue that such a practice would have a healthy impact on customers and the businesses’ bottom lines.

So far, the petition has garnered a lot of support: just under 106,000 people have signed (including celebrity chef Mario Batali), and Whole Foods has responded publicly.  But, obviously, these retailers need to know there’s significant demand for produce that doesn’t meet cosmetic standards… so sign if you haven’t.

Think we’ll start to see these fruits and vegetables in the produce sections at more grocery stores? Know of retailers already doing this? Tell us what you know…

Also from the waste biz this week:

Pencils from newspaper: Apparently, pencils made from used newspaper are pretty common in China. Treesmart founder Chris Stangland discovered this on a business trip, and is now giving them a try here in the US. Part of their marketing strategy involves presentations to elementary school students so they can see a recycled product. My question, though: doesn’t this ultimately send these fibers to the landfill more quickly than recycling the newspaper into more paper?

Denver Zoo Scrapping Waste-to-Energy Plans: The plan to turn animal waste into energy to run the zoo itself ran into a bit of local opposition (feel free to say NIMBYism if you prefer): neighbors are concerned about the impact of such an operation on air quality (and, of course, the potential smell). (via Waste Dive)