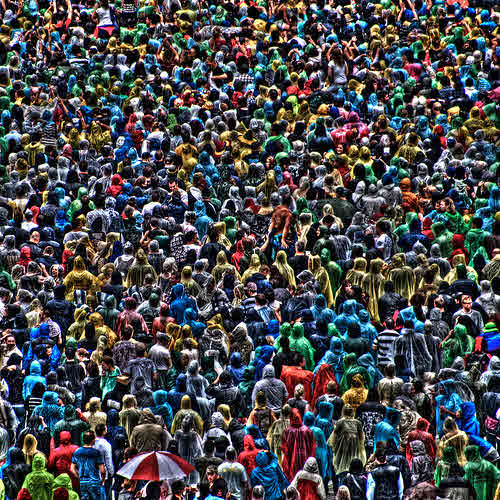 Today is World Population Day, and I am pleased to tell you that human population growth is no longer an issue! We can close up shop, go home, put up our feet and crack a beer!

It’s true that plenty of people have been running around with their hair (or, more accurately, their pants) on fire, saying that America is on the cusp of a terrible baby shortage, Western civilization is doomed and human beings might actually go extinct. (I’m not even joking. Someone wrote that.)

They’re not even close.

While it’s true that the United States’ birthrate has slipped slightly below replacement – it tends to do that when the economy’s weak – the Census Bureau projects that our population will rise from its current 316 million to 400 million by 2051. Neither the United States nor the world is running out of people. We’re more likely to run out of water, food and fertile farmland first.

Only a few years ago, UN demographers projected that we’d hit a world population of 10.1 billion by 2100. Now, they’ve raised their projections to 10.9 billion. Currently, there are around 7.1 billion of us sharing this little planet.

At our current rate of growth, the global dinner table needs an additional quarter million seats every night – the equivalent of five Yankee Stadiums. And nearly all of this growth is happening in nations least able to cope with it, where land, food and water resources are already being stretched to the limit.

It’s a worrisome trend – for people and our planet.

Today, one in every eight people is hungry. Agriculture experts project that food prices will double by 2050 thanks to climate change’s effect on crop yields. In places where people live on less than $2 per day and spend a larger percentage of their income on food than we do here in the United States, millions might starve.

We can’t live without water, but only 2.5 percent of the planet’s water is fit for consumption. And more than a billion people already live in water-scarce areas. It’s estimated that by 2025, half of the world’s population will live in areas of water stress.

And who can forget the effect on wildlife? There’s no avoiding it: When human populations expand, they often crowd out other species. It’s a sober reality for the animal lovers among us.

So now that I’ve ruined World Population Day for you, what should we do about it?

It’s not just the right thing to do. It’s also the ecologically smart thing to do. It’s estimated that 222 million women in the developing world want to avoid pregnancy but don’t have access to affordable, appropriate contraception. Closing that gap doesn’t just give them power over their own lives. It improves children’s health, boosts educational attainment, helps communities better weather the effects of climate change and allows nations to harness the power of the demographic dividend.

And here in the United States – the planet’s real resource hogs – nearly half of pregnancies are unintended. Ensuring that women can choose if and when to have children could have lasting benefits for our overtaxed planet.

Here are a few concrete steps you can take:

We haven’t reached zero population growth yet. But we can get there. That will be the year World Population Day will be a day to celebrate, and we can toast to a better quality of life for everyone.