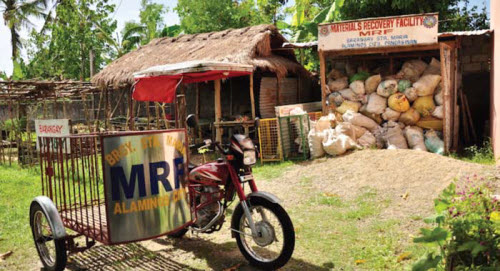 By Anne Larracas and the Global Alliance for Incinerator Alternatives

“Environmental Possibilities: Zero Waste” features new ways of thinking, acting, and shaping government policy that are circling the globe. Each week, we highlight a success story in the zero waste movement, excerpted from a report by the Global Alliance for Incinerator Alternatives (GAIA). GAIA is a powerful worldwide alliance of more than 650 grassroots groups, non-governmental organizations, and individuals in over 90 countries. Their collective goal is a just, toxic-free world without incineration. Other Worlds is excited to promote the work of GAIA and the organized communities it works with, and hopes that the stories inspire you and others to begin moving your home, town or city, nation, and planet toward zero waste.

The city of Alaminos is pioneering zero waste in the Philippines with an energetic fusion of bottom-up planning and community participation. Under a new law, the public and all levels of government share responsibility for managing waste. Villages, local officials, and non-profit allies are working together to meet the law’s goals. They have created composting systems and sorting facilities, and almost eliminated open burning and dumping as a result. The outcome has been stunning: whereas in 2009 almost every city dumping field had a pile burning, there were almost none two years later. With sky-high waste separation and composting rates, Alaminos has become a trend-setter for other Filipino cities.

Planning for the Future

As is typical for a fast-growing city, non-biodegradable packaging and products have become a part of everyday life in Alaminos. In recent years, non-recyclable products have spread, their problematic effects compounded by a large tourist population that brings in and disposes plastic packaging. Until recently, waste was managed almost wholly by municipal governments that typically hauled all waste to a central dumpsite.

In 2000, the Philippines passed a waste management law, known as Republic Act 9003. According to the law, the publicly-elected councils of all the 39 villages in Alaminos City must implement a comprehensive solid waste management plan. The law also mandates that each village construct a recycling center, separate garbage, create a village composting system, and collect different types of waste separately. Furthermore, the law outlaws open burning and uncontrolled dumpsites.

Regardless, waste management programs at the village level in Alaminos – as in most of the country – were still non-existent by 2009. Attempting to make its villages conform, the city of Alaminos first tried encouraging, and later mandating, that they take more responsibility for waste management. Neither approach worked. Alaminos still maintained a central dumpsite, and waste was collected by the city only in 14 of the 39 villages. The remaining villages had to deal with their own waste, which led to widespread open burning and dumping. Households did not practice separating their refuse into organics, recycling, and trash. The city still rarely used the recycling center that it had built in 2004.

It became clear that the city needed to redouble its efforts and to spark community involvement and excitement in order to achieve success.

Next page: How did Alaminos City move to near-zero waste so quickly?